With voting top of mind, due to 2020 being an election year, we are starting the year off with our First Friday Forum focused on voting rights. Join Robert Patillo, Executive Director, The Peachtree Street Project of Rainbow/Push Coalition, Bruce Reilly, Deputy Director of both VOTE and Voters Organized to Educate, Illinois State Senator, Omar Aquino, and Lake County, IL Sheriff John Idleburg for a conversation about their efforts around ensuring voting rights, access, and representation for individuals who are incarcerated. 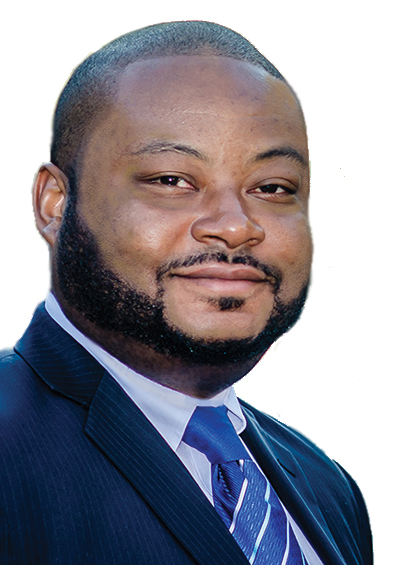 A graduate of Clark Atlanta University and Chicago-Kent College of Law, Attorney Robert Hillard Patillo, II is a lifelong civil and human rights activist. He is entirely dedicated to serving the poor and underprivileged. As an activist, Patillo has led workers on organization campaigns to petition for better wages, worked to integrate segregated organizations, and assisted discriminated workers against celebrity Chef Paula Deen while working with Reverend Jesse Jackson and the Rainbow/PUSH Coalition..

An experienced political strategist, has Patillo worked for over a 15 year on political campaigns on the local, state and national level. Patillo is currently a talk radio host on CBS Radio/ENTERCOM Radio and is a highly sought after political commentator and national speaker. Patillo has been featured in articles in the New York Times, Huffington Post and Politico Magazine to name a few is a frequent guest on cable news networks including Fox News, CNN, News One Now, One America News Network and Russia Today.

All of his efforts are in order to force change on the local and national level. A leader in every facet of the word, Robert Patillo is the answer the world has been waiting on. Patillo currently is the chief attorney at The Patillo Law Group, LLC “A Christian Centered Law Practice” focusing on civil rights law. 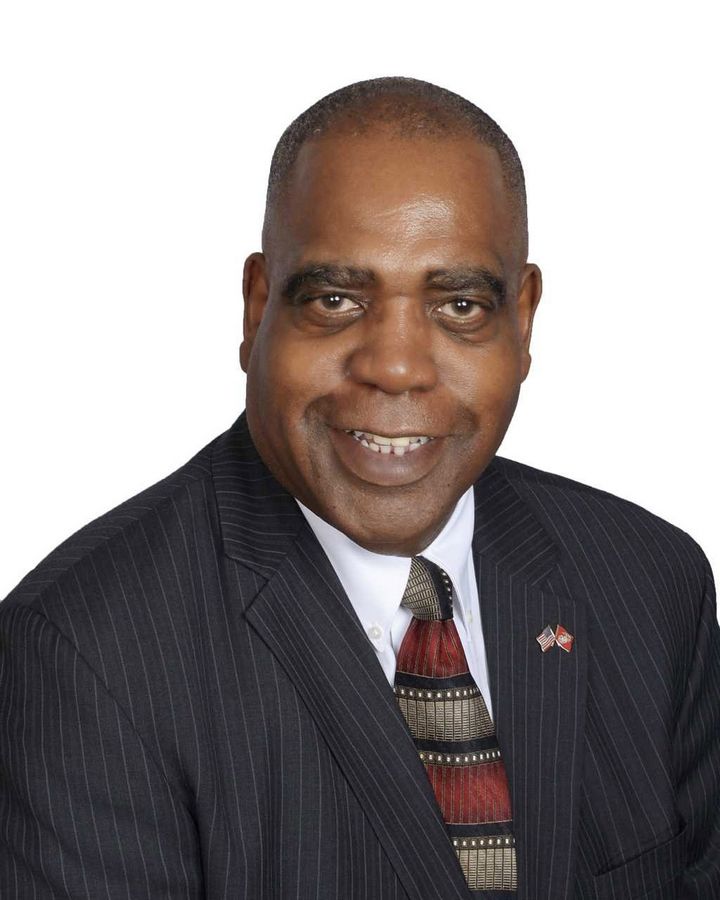 John was born in Chicago and grew up in the projects, Altgeld Gardens and Cabrini Green. He was the oldest of 7 children. His mom, Beatrice, was a single mother and being the eldest, John became a brother and father figure to his siblings. He made sure that they were fed, that they did their homework, that took their baths and went to bed while his mom worked a second or third job to make ends meet. He stayed up late into the night, helping his mother wash clothes in the bathtub to make sure everyone had clean clothes for school.

John attended Zion Benton High School and after graduation joined the U.S. Marine Corps. After John completed his service he returned back home to Zion, where he was a union worker at Johnson Motors. In 1977 John left to join the Lake County Sheriff’s Office as a Deputy in the Work Release Camp in Zion. He left the Lake County Sheriff’s Office for the Great Lakes Police Department where he rapidly went from a police officer to the detective bureau. John steadily rose up the ranks and was invited to work with the U.S. Department of Defense as a Special Investigator, conducting background checks on sensitive personnel positions at the Great Lakes Naval Base. After several years of dedicated work, he joined the U.S. Treasury Department as a Special Agent. Part of his highlights working as a federal agent, was providing personal security to then-First Lady Hillary Clinton and Tipper Gore at the Democratic National Convention in 1996, providing security for foreign dignitaries at the United Nations, and at the Winter Olympics in Salt Lake City in 2002.

After three decades of federal service and union participation, John retired.  A few months later he started working for the Lake County Forest Preserve, Zion Park Police and Lake Forest Hospital.  He has served as Post Commander for the American Legion Zion Post 865 for 4 years. Currently, he is the President of the Illinois Police Association, Commissioner for the Police and Fire Commission, Zion, Illinois, and Commissioner for the Lake County Housing Authority. 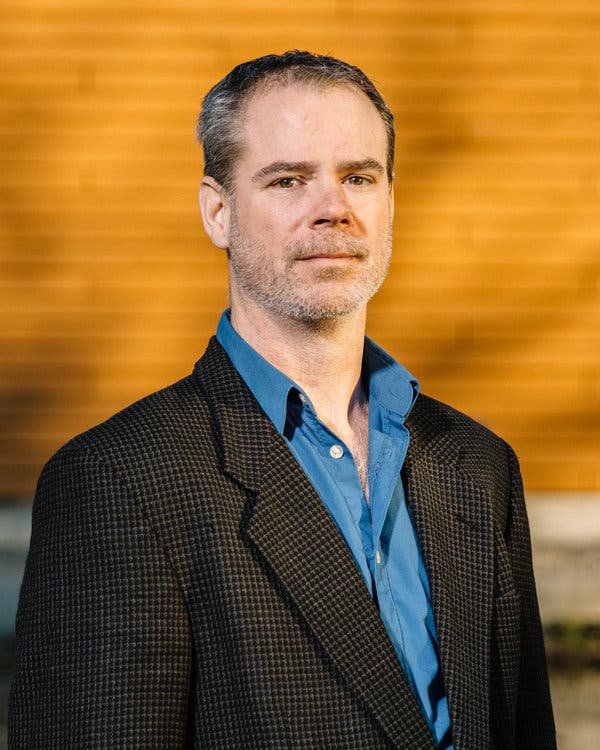 Bruce Reilly, is Deputy Director of both VOTE, and Voters Organized to Educate. He is a writer, and founding member of the Formerly Incarcerated, Convicted People and Families Movement (FICPFM). Bruce provides expert analysis on discrimination in employment, housing, and voting rights. Originally born into foster care, he found his identity as a young jailhouse lawyer for 12 years before his parole, and a 2-hour bus ride to a minimum wage job.

Bruce put his knowledge to work by joining Direct Action for Rights & Equality in 2005, and played a vital role in passing significant criminal justice reforms, such as the restoration of voting rights, eliminating mandatory minimums, statewide Ban the Box, the Good Samaritan Overdose Prevention Act, unshackling incarcerated pregnant women, and probation violation reform. In 2011, Bruce moved to New Orleans, team up with VOTE, and enroll in Tulane Law School, despite having no undergrad degree, and graduated in 2014. Bruce co-founded Transcending Through Education Foundation (TTEF) with two friends who also entered prison at a young age, and earned law degrees after being released.

He is the author of "Communities, Evictions, and Criminal Convictions," a foundational report on public housing, and “The Racial History of Felon Disenfranchisement in Louisiana,” which served as a key building block to VOTE v. Louisiana and the re-enfranchisement of 40,000 people, including himself. Bruce serves on the board of All Square, a reentry/restaurant program in Minneapolis; the National Clean Slate Clearinghouse Advisory Committee; Steering Committees for Unanimous Jury Coalition, Louisianans for Prison Alternatives, Power Coalition; the IRB for American Institutes of Research; and advisory board of Prison Policy Initiative.  Bruce is currently a Robert Wood Johnson Foundation Interdisciplinary Research Leader, and has also worked as an artist, lighting designer, DJ, and theatre director. 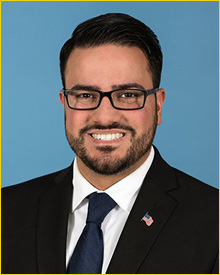 Omar Aquino was born and raised on the Northwest Side of Chicago. Of Puerto Rican descent, both of his parents were public workers, his mother working for the Chicago Public Schools and his father for the Chicago Department of Streets and Sanitation.His parents have always been involved in their community and have made it a priority. They assisted in block party coordination, served as church board members and consistently looked for ways to make a difference. Omar was inspired by their work and involvement, which led him to dedicate his career to public service.

Omar attended Chicago Public Schools from pre-k to 12th grade. He attended Lincoln Park High School and graduated from Loyola University Chicago with degrees in Criminal Justice and Sociology. He was President of the Latin American Student Organization, Diversity Councilmember, co-founder of the Empowerment Pipeline (this program was an after school mentorship program designed to combat the school to prison pipeline). Omar was also a Research Assistant for two studies, one in Sociology on race and ethnic relations and the other in Criminal Justice on probation officers’ discretionary decision-making. At Loyola, he also worked multiple part time jobs including the department of resident’s life, dept. of athletics, and as a research. Omar was also a recipient of the MAP grant.

Omar’s first job after graduation was as a Bilingual Case Manager at Central West Case Management Unit at the Jane Addams School of Social Work. He to the homes of elderly clients and assessed their needs for services under the Community Care Program. The CCP program is designed to assist low income elderly residents with homemaker services, meals on wheels, and adult day service. This is done to help seniors maintain their independence and remain in their homes and community and to prevent them for ending up in a nursing home.

Seeing the needs of the elderly population inspired Omar to get into policy work.

"I became frustrated by the weekly memos coming from the higher ups in the Illinois Department of Aging insisting there would soon be changes made to the problem. These changes they believed would save the program money but as the worker on the ground I saw first hand how these "changes" were negatively affecting seniors, their families and their communities."

Omar knew these policymakers and administrators had little understanding of the impact of their proposed changes. He decided to look for work in policy in order to help provide the perspective of those that worked in the field and on the ground.Omar found the opportunity to work as a Legislative Assistant in the Illinois House of Representatives. He fulfilled a number of tasks including outreach efforts, and creating issues based committees so as to ensure constituent participation in the policymaking process. Omar eventually moved on to work for Congresswoman Tammy Duckworth as her Outreach Coordinator.

In December of 2015, State Senator William Delgado announced that he was retiring. With his long held desire to make a difference and understanding of needs faced by people in our community, Omar decided to run with the support of Senator Delgado. He won the 2016 election and was appointed to the seat effective July 1, 2016.

Jails Disenfranchise Thousands Who Have a Constitutional Right to Vote
Jail as Polling Places: Living Up to the Obligation to Enfranchise the Voters We Jail
Illinois SB 2090
Restore Your Vote Resource
You Can Vote North Carolina
Jail Voting Advocacy Manual
Know Your Vote Louisiana
Assisting Voters in Jail